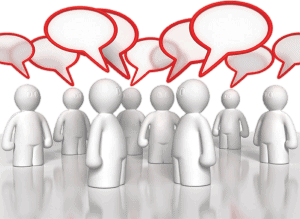 “20 Brethren, be not children in understanding: howbeit in malice be ye children, but in understanding be men. 21 In the law it is written, With men of other tongues and other lips will I speak unto this people; and yet for all that will they not hear me, saith the Lord. 22 Wherefore tongues are for a sign, not to them that believe, but to them that believe not: but prophesying serveth not for them that believe not, but for them which believe. 23 If therefore the whole church be come together into one place, and all speak with tongues, and there come in those that are unlearned, or unbelievers, will they not say that ye are mad? 24 But if all prophesy, and there come in one that believeth not, or one unlearned, he is convinced of all, he is judged of all: 25 And thus are the secrets of his heart made manifest; and so falling down on his face he will worship God, and report that God is in you of a truth.”

Tongues are relativised with respect to prophecy because of its negative effect on unbelievers who might be in the congregation:
Verse 23
“If therefore the whole church be come together into one place, and all speak with tongues, and there come in those that are unlearned, or unbelievers, will they not say that ye are mad?”

Maybe the Corinthians think that tongues will impress unbelievers. However, Paul notes in verse 21 that, in the Old Testament, the only time tongues are mentioned as a sign (Isaiah 28:11) it is coming to a different conclusion. God had sent prophets to Israel but they did not listen. For this, God was now going to speak to them differently, namely through the invading army of Assyrians with their foreign and not understandable language. The ‘tongues’ spoken by this army would thus be a ‘sign’ to unbelievers (unfaithful Israelites). However, it was a sign of God’s judgement and not of God’s blessing.

But how does this apply to the Corinthian situation? If the Corinthians abide to the use of not understandable tongues in worship, they will make the use of this gift function as a negative sign. The unbeliever, may think that God refuses or cannot speak intelligibly to and through the believers. Instead of putting their trust in Christ they will conclude that these Christians are crazy (verse 23).

But if the believers prophesy, the unbeliever will be convicted. They will recognise God, as the One who is able to know all secrets of one’s heart (verse 25). The unbelievers will acknowledge that God is with the Christians. Prophecy is the sign (in the positive sense) for believers. Prophecy has been given to strengthen the church, but Paul also explains that it serves as a sign of God’s presence and blessing beyond the group of believers.

“26 How is it then, brethren? when ye come together, every one of you hath a psalm, hath a doctrine, hath a tongue, hath a revelation, hath an interpretation. Let all things be done unto edifying. 27 If any man speak in an unknown tongue, let it be by two, or at the most by three, and that by course; and let one interpret. 28 But if there be no interpreter, let him keep silence in the church; and let him speak to himself, and to God.”
1 Corinthians 14:26-28