Sometimes you hear a quote and are determined to remember it for the right occasion. But after a while you cannot remember were you have heard the quote and how it actually was. This is the reason for collecting remarkable, funny and interesting quotes. In the first place because quotes are fun but not in the least because hey can be very usable in discussions or debates.

If you have a good quote together with the source, please do not hesitate to send it to Apologeet.nl:
Contact
Please note that Apologeet.nl will review the quotes first

The quotes are divided under several headings:

There is no heaven or afterlife [...] that is a fairy story for people afraid of the dark

Atheism is a fairy story for people afraid of the light...

The God of the Jews and Christians is the only God that allows his followers to hear him say, "Oh, all right, you win."

An atheist was seated next to a dusty old cowboy on an airplane and he turned to him and said,
“Do you want to talk? Flights go quicker if you strike up a conversation with your fellow passenger.”
The old cowboy, who had just started to read his book, replied to the total stranger,
“What would you want to talk about?”
“Oh, I don’t know,” said the atheist. “How about why there is no God, or no Heaven or Hell, or no life after death?” as he smiled smugly.
“Okay,” he said. “Those could be interesting topics but let me ask you a question first. A horse, a cow, and a deer all eat the same stuff – grass. Yet a deer excretes little pellets, while a cow turns out a flat patty, but a horse produces clumps. Why do you suppose that is?”
The atheist, visibly surprised by the old cowboy's intelligence, thinks about it and says, “Hmmm, I have no idea.”
To which the cowboy replies, “Do you really feel qualified to discuss God, Heaven and Hell, or life after death, when you don’t know shit?”...

I tell my students to hold onto the biblical text like a rider in a rodeo holds onto a bull. And, I also warn them that the only persons in the rodeo ring not on bulls are clowns.

To say that there is nothing unique about a gold crown because that same gold is also found in a nearby mountain is to lose sight of the fact that in the mountain the gold is scattered and covered with dirt, rock and vegetation. Certainly knowing where to find that gold, removing it from the dirt, rock and vegetation, and then shaping it into a work of art requires genius. In a similar way Jesus showed his originality by his selection of what was essential and what was not from the mountain of commandments present in his day

Christianity has fought, still fights, and will will fight science to the desperate end over evolution, because evolution destroys utterly, and finally the very reason Jesus' earthly life was supposedly made necessary. Destroy Adam and Eve and the original sin, and in the rubble, you'll find the sorry remains of the son of god. Take away the meaning of his death. If Jesus was not the Redeemer who died for our sins, and this is what evolution means, then Christianity is nothing!

Only God can decide life and death... That is why abortion is such a terrible sin. You are not only killing life, but putting self before God; yet people decide who has to live and who has to die...

No newborn infant should be declared human until it has passed certain tests regarding its genetic endowment, and that if it fails these tests it forfeits the right to live

Unless someone like you cares a whole awful lot, nothing is going to get better. It's not. 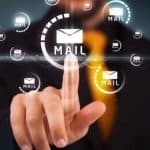 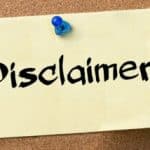 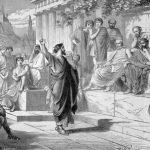 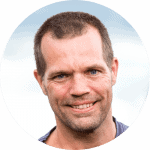