Place in the Pentateuch

The first five books of the Bible are commonly called the Pentateuch, a word derived from the Greek penta, meaning ‘five’, and teuchos, originally meaning ‘a case for carrying papyrus rolls’ but in later usage, meaning the ‘scroll’ itself (Wolf 1991: 17). These first five books are foundational to all of Scripture. Wenham says that these five books are always regarded as the most significant parts of scripture (2003:1 cf. Wolf 1991:17).
The book of Genesis serves as an introduction to the rest of the Pentateuch. Genesis starts his story with describing the importance of God as the Creator, and creation of man as God’s finest work. Then Genesis 3 gives an account of the fall of man. The first avalanche of sin led to the universal judgement of the flood.
The narrative information of Genesis 12-50 shows the reader who the earliest ancestors of Israel are. This bloodline starts with Abram who, in his turn, is a descendant from Shem, son of Noah. Knowing the origins of the people of Israel is important to understand the rest of the Pentateuch. Wenham says that the words spoken unto Abram, in Genesis 12: 1, are the first recorded words God has spoken to man since the flood (2003: 40).

The context of Genesis 12 starts in chapter 11: 27 with the ancestors of Abram. The phrase: ‘these are the generations of’, indicates that a new phase in human history began. The story of Abram is introduced with the genealogy of his father, Terah.
Abram lived in Ur of the Chaldees, usually identified 1,25 mile north of Nassriya, South East Iraq, near the Persian Golf (cf. Thomas 1907: 145; Alexander and Alexander 1999: 127). Gordon suggests that it was the city Ura; modern Sanliurfa 15 miles Northwest of Haran, Turkey (1958: 28-31). The suggestion of Gordon has been adequately answered by Saggs (1960: 200-209), who said that it is very unlikely that Abram moved eastward before retracing his steps toward Canaan.
Ur, with its Nanna’s temple, was the centre of moon worship. The daughters of the rulers often worked there as priestesses. Haran in North-West Mesopotamia served as a moon worship centre as well. From scripture it is known that Terah and his family served other gods (cf. Joshua 24: 2).

For reasons unexplained, Terah leaves his country. The idea that Abram starts his journey to Canaan with his family seems to contradict with verse 1 of chapter 12. In 12: 1, Abram is leaving his father’s house to go to an unnamed land, which is revealed in verse 5 as Canaan, and explained to Abram in verse 7 (cf. Hebrew 11: 8). Source critics say that this needs to be solved with the hypothesis of Wellhousen. This would mean that 11: 31- 32 needs to be assigned to P (Priestly words) and 12: 1 as J (YHWH words). If this is the case, the verses are not in chronological order. Levenson (2004: 30) however states:


‘The more traditional approach would be to speak of two stages to Abram’s trek, the first from Ur to Haran with Terah, the second from Haran to Canaan without him’.


Thomas (107: 146) states that this is the third start with humanity. Adam was unsuccessful, and the descendants of Noah were not successful etiher. With this call God makes a new attempt with Abram.

The promise starts with that of becoming a great nation, and getting a great name. This is in big contrast with the Tower of Babel story. The builders of this tower wanted to make a big name for themselves. But their city received the mocking name ‘Babel’ meaning ‘confusion’. The promise to Abram is contrary to this event. God Himself will make a big name for Abram. The reader of this story will always be reminded of the fact that


‘If his name is ever to become great it will not because of any self-initiated effort. The great name will be a gift, not an achievement’ (Hamilton 1990: 372).


The reader will also notice that Abram was not the only one in scripture with the promise of receiving a great name. David received it also in 2 Samuel 7: 9. These promises are to be seen as royal, and in that order Abram could be seen as kingly (cf. Hahn 2009: 106). Verse 2 ends with ‘and thou shalt be a blessing’. Instead of only receiving, Abram functions as a channel for others to be blessed likewise.
In the first part of verse 3, God explains how people can be blessed through Abram. For Abram this was a warning at the same time. Abram could expect to be blessed or to be cursed by others. It does not take very long before Genesis accounts Abram is cursed. In this same chapter Pharaoh curses Abram for his lie about Sarai being his sister.
The second part of verse 3 is a remarkable statement: ‘and in thee shall all families of the earth be blessed’. Some scholars argue that this phrase should be translated different. Instead of ‘shall be blessed’, they argue that it should be ‘shall bless themselves’. The reader would however ask himself


In later history Genesis narrates that people were indeed blessed through Abram. In 30: 27, Laban told Jacob that ‘the LORD hath blessed me for thy sake’. The same could be said by Potifar after he made Joseph overseer of his household (39: 5).

After the divine call and the promises, Abram leaves Haran, not knowing what was ahead of him. The narrator tells an interesting detail about Abram’s life in Haran. Abram left and took ‘all their substance that they had gathered, and the souls that they had gotten in Haran’ (vs. 5) with him.
To know that Haran was a place of idolatry, makes one ask how Abram dealt with it. But apparently living in Haran was prosperous for Abram. In later history the descendants of Abram would leave Egypt to conquer Canaan. Life in Egypt was not good either, but their departure was also accompanied with richness (cf. Exodus 12: 35- 36).
God did not tell Abram to stop when he crossed the border, and thus Abram continues his voyage southwards in faith. Abram travelled unto the place of Shechem, unto the oak of Moreh. The writer briefly describes the land: ‘And the Canaanite was then in the land’ (vs. 6). Abram arrived in the heart of an idolatrous country. The oak of Moreh could have been a single tree or a forest. The King James Bible translates it with ‘plain’. Moreh means ‘to point out, show, direct, teach or teacher’, and in that respect this tree or forest was a famous and holy place to the Canaanites, and later likewise to the Israelites (cf. Genesis 35: 4; Deuteronomy 11: 30). Janzen (1993: 22) explains that


‘the relation between the Canaanites, their gods, and their land is symbolized in two ways: by humanly built cult places, and by the oracle tree rooted in the earth’


It was here God appeared unto Abram and said ‘unto thy seed will I give this land’ (vs. 7). Abram shows his faith again by building an altar for the Lord. The Canaanites may posses the country in fact and in a symbolized way, but Abram’s altar is his symbol that one day this country will be in the possession of his descendants (Janzen 1993: 23).
After symbolically claiming his future possession he travels unto a mountain to the east of Bethel. In Abram’s day this city was a royal Canaanite city with the name ‘Luz’. It was Jacob who, as a result of his vision, named the place where he slept ‘Bethel’ (cf. Genesis 28: 19). According to Woudstra the name Bethel was at first apparently given to the sanctuary in the neighbourhood of Luz. This place became so important that the name Bethel was also applied to the city of Luz (1981: 258). It is this place where Abram builds an altar again. This time it was his own initiative, and he ‘called upon the name of the LORD’ (vs. 8). By this action the reader can make up two inferences. Firstly, true religion depends on the divine initiative, and secondly, true religion depends on the willingness of people to seek divine presence and activity in human life (Janzen 1993: 23).

Canaan was plagued by a devastating famine ‘and Abram went down into Egypt to sojourn there’ (vs. 10). There is no reference to be found in Gods word about the justification or condemnation of this step, taken by Abram. Some argue it as a lack of faith, others as a step of wisdom. Either way, Abram went to Egypt, knowing that the custom of many rulers is that of taking beautiful women for themselves. Knowing this troubled Abram because Sarai was a very beautiful woman, despite the fact that she was at least sixty-five years old. He urges Sarai to deceive the Egyptians by telling that she is his sister. This is half true, as Genesis 20: 12 indicates. One might say that Abram was right in his premise. Sarai was taken into Pharaoh’s house and Abram was still alive. Pharaoh gave bountiful riches to Abram.
Until now God was silent, but in verse 17 He starts to act: ‘And the LORD plagued Pharaoh and his house with great plagues’. Janzen says that Abram might suppose that the promise to him can be accomplished through some other woman, but


‘if God moved to act for Sarai’s sake as well as Abram’s, a first signal is given here that Sarai is integral to the divine agenda with Abram’ (1993: 26).


Pharaoh, apparently knowing that the plagues where due to his adultery with Sarai, reacted shocked and angry. In verse 19 and 20 Pharaoh commanded Abram to leave his country, and Abram went back to the Negev richer as before (cf. Genesis 13: 1). According to Westermann (1995: 144) Pharaoh reacted this way because he acknowledged the power behind Abram and Sarai.
Verse 10- 20 can be seen as a foreshadowing of the Exodus story. The move to Egypt because of a famine, dangerous for the man and not for the woman, the act of God in the plagues, and finally the order by Pharaoh to leave the country richer than before (cf. Genesis 42; Exodus 1: 15- 16; 7; 12: 31- 36).

Chapter 12 is without doubt a very important chapter for the ancient and contemporary Jewish community. Here they can read what God had promised for His nation. This chapter can be seen as the starting point of a new phase in human history.
The obedience of Abram functions as an example for the people of Israel. He came from an idol worshipping country, and did what God told him to do. Brueggemann (2003: 50) enumerates it as followed:


‘He is the one who ventured into the unknown at the behest of God’s imperative. He had faith sufficient to trust the promise against all of the settled data at hand, to risk upon the basis of nothing more than God’s assuring utterance’.


Abram did not always live an unblemished life, but the reliability of God can be seen throughout the history. Especially during persecution and exile this reliability of God must have been a great encouragement for the Israelites.
The life of Abram was not always without trouble, and thus easy to identify with. Throughout the ages, the Jewish community found itself in trouble time and again, but the promise of this chapter was always there to comfort them. This encouragement is not only for the Israelites, contemporary believers may find comfort in Abram’s story too. It is the writer of Hebrews 11: 8, who alludes the faith of Abram to be an example for all readers.

Janzen, J. G. (1993) Genesis 12- 50, Abraham and All the Families of the Earth. Grand Rapids Michigan, William B. Eerdmans Publishing Company. 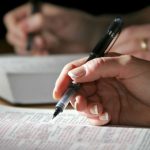 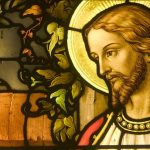 Slavery and the Bible 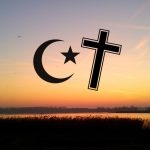