They are both religious

Something to Think About

Is evolution science or religion? Nothing about evolution belongs in the category of science. It’s a religion just like Creationism. However, Evolutionism is a dangerous religion. You see, ideas lead to worldviews. Worldviews result in actions. Consider the different actions an atheist might take in various situations in life as opposed to the actions a Christian might take in the same situations. Their religions determine their actions.

What to Watch For

As we begin the series, watch for the evidences of a young earth and universe and for the answers to the questions in life that logically follow from the Evolutionary standpoint as opposed to the Creationist standpoint. In this world, two major worldviews exist: Evolutionism and Creationism. Both views are religious, and both seek to answer life’s questions. Scientific evidence supports a young, created universe the opposite of the Evolutionary model. Evolutionism calls for an old, accidental universe. These contrasting worldviews have entirely opposite consequences. Notice throughout this lesson how the consequences of Evolutionism clash with the ramifications of the worldview of Creationism. Satan has tried to deceive man from the beginning, attempting to tell man that he can become as a god. This lie has not changed. Observe how Satan’s lie has worked its way into science in the form of Evolutionism and notice the lack of evidence for this worldview. True science, in fact, contradicts Evolutionism, as we are about to see. God’s truth is manifest in every facet of His creation.

1.  What are the four basic questions of man? Are they still relevant in our society today? If so, why?

Who am I? Where did I come from? Why am I here? Where am I going when I die? The way we answer these questions is related to our worldviews, which have ramifications in any culture or society.

2.  Do you believe that your view of the age of the earth affects your everyday life? If so, how?
If someone holds the Evolutionistic worldview, he must live his life according to his own will. If someone holds the worldview of Creationism, God is the final authority, and he must conform to God’s will.

3.  Do you believe evolution is scientific or religious? Why?
Evolutionism contradicts fundamental science and is supported only by faith – not by evidence.

We should strive to affect the worldviews of those around us. According to Matthew 5:13, we are to be the salt of the earth. Many are ignorant of the lack of scientific evidence for the Big Bang, and even fewer realize how their worldview affects their answers to life’s questions. We should spread the truth of God’s creation. The debate between Evolutionism and Creationism is important because it governs every major decision and action we execute in life. Where is the basis for a moral authority if we are mere accidents of chance whose sole purpose is to please ourselves? How is society to function without a lawgiver? If we really came from a cosmic burp 20 billion years ago, we have no purpose and no authority besides ourselves. If we are truly made in the image of God, He is our authority, and He has laid out some rules for us to follow. Are we ready to face His judgment? 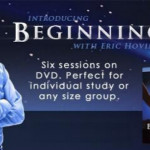