O NO! What am I doing!! Am I really going to talk about this? That isn’t even silly… It is MADNESS!

Nope, I am not a homophobe. Actually, I love people. I am, what you would call, a people person. But since this question or argument pops up so now and then, I thought to give it a go.

God created us as male and female. We are created in His image. In other words, both men and women are image bearers of the Almighty Creator. Men and women are not the same, but they are equal.

God created us as social and sexual beings, and He said that it was very good. He loved us so much that He gave us certain boundaries in which sex should be enjoyed. You might think that I come up with the old ‘sex’ argument but please hear me out before you click this video away.

Sex within these boundaries is not dirty. It is depicted by the Bible as something holy and it is a fulfilling of God’s intention for us. It is to be enjoyed! However, sex outside these boundaries is quickly to become selfish and orientated to lust only.

God wants to protect us from a selfish, lustful lifestyle and that’s why He said that sex needs to be reserved for a faithful married relationship. A sexual relation outside marriage or between two persons of the same sex is not what God intended it to be. The same goes for all other forms of sexual relations outside the boundary of a traditional marriage. We call that adultery, and adultery has never been proven to be beneficial for the happiness of people.

The reality is that many sexual relations outside God’s given boundary end up in a disaster. In the homosexual scene many end up in a sub-culture in which they don’t see a way out. It also often leads to guilt, shame and depressions. These are not the exception to the rule, but these findings are more or less the unspoken and not political correct facts.

Young people, who go through puberty, struggle to find their identity. They struggle with the new world of sexuality. Many doubt whether they like girls or boys. This does not mean that they are born homosexuals. There is no evidence that some people are born homosexuals. Even if there were that doesn’t mean it is right. It was not intended to be like that.

Homosexuality is often a choice. I know, again this is not very political correct to say but still I want to be honest. Many of us grow up in the middle of bad examples—in families with weak role models. Many others have to deal with sexual traumas. And in such a state it should not surprise us that people find themselves inclined towards the same sex.

Jesus wants to help any individual to honour God in their lifestyle and even in their sexuality. Sometimes He redirects them to a heterosexual path. Other times He will give people the strength to live a celibate life or the strength to deal with their feelings in other ways.

Do Christians hate homosexuals? They shouldn’t! That is dumb and certainly not Christ-like. Jesus Christ came to save the world. He reached out to those who were marginalised, oppressed or just different. He didn’t care what the public said—or whether His words were political correct or not. He just told people to stop doing wrong things and to straighten their lifestyles. He did this because He loved the people enough to tell them the truth.

Likewise, I believe it to be an act of love to tell people to stop that what they are doing and to look at the Saviour of the world.

Am I perfect? Am I without sin? Should I throw the first stone?

No, No and No. I am not going to throw a stone, even if I were perfect. Jesus did not throw a stone but gave Himself instead. He can be trusted. Don’t wait until you are totally submerged in your misery but give your life to Him, and He will save you! 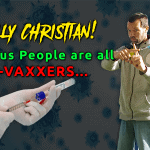 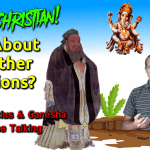 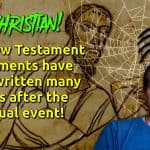 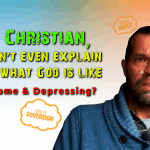