I have heard this accusation on the internet and it kind of intrigued me. This video is going to be a little longer than normal because I want to be a bit more precise in my explanation.

Am I an Anti-Vaxxer? Are Christians per definition Anti-Vaxx? For me personally I can answer this with a ‘no’. As Evangelical missionary I would say that I belong to the more conservative groups within Christianity.

Still, when we as a family moved abroad, we did take some vaccinations. We had some good talks with the Dutch health services about what they thought what was needed for our specific country. They were very helpful in providing a list. We went through all the recommendations and determined that we didn’t need some of them. On example was typhoid fever, not to be confused with Typhus. We found that, if you’re in good health, this infection can be overcome rather easily. Even, when the infection lingers on, we can treat it with a good antibiotic. The vaccination for typhoid gives some protection with an efficacy of about 55–72%. We decided to get a natural resistance by slowly introducing us to local eating and drinking habits. Most locals in our area don’t even realise that this decease is around. After a while working and living among them we had a blood test. Antibodies were found in two of our family member’s samples. The human body is amazing!

So, why did I go through all the hassle of reading about vaccines? Surely, I had better things to do with my time, right? That’s were you’re wrong! God has given us our bodies as a precious gift. 1 Corinthians 6:19-20 says the following: “Do you not know that your bodies are temples of the Holy Spirit, who is in you, whom you have received from God? You are not your own; you were bought at a price. Therefore, honour God with your bodies.” This means that we are to take care of our body ourselves. Despite the growing opinion in the West, that we are responsible for the health of others, many Christians firmly believe that they are first and foremost responsible for their own health. Yes, I agree that we need to try to help others if they want to, but only if they want to. So, as soon as someone gives me some advice about my health, I have the task to check whether I really believe this advice to be valuable.

God also gave us our minds. I would even want to go a step further. I believe that Christians should excel when it comes to rational decision-making. 2 Timothy 1:7 “For God hath not given us the spirit of fear; but of power, and of love, and of a sound mind.” This means that we should always examine the pros and cons. It is no secret that a good deal of medicine, certain treatments or vaccines, all have their downsides. The question than is whether the pros are outweighing the cons. When I for example, examine the pros of being vaccinated against hepatitis B, I might come to the conclusion that the pros outweigh the cons. And while I am saying this, I know others would want to shout to me not to take it! Which is perfectly fine, but in the end it is my own responsibility. In the same way I would like to tell someone not to eat that big fatty hamburger with too much mayonnaise. That’s all I can do. I can not grab that person, and force him or her to throw away this delicious hamburger (which it is… I mean I love hamburgers with too much of everything. I just don’t eat them that often).

Now, let’s go back to the main topic. Are Christians Anti-Vaxx? Well, it might be true that religious groups use to be more anti than non-religious groups. However, over to past years we’ve seen a big change when it comes to which groups are critical about vaccinations. A few months ago I met an old friend. He is a convinced atheist and a very zealous Anti-Vaxxer. I was surprised about all his arguments. Obviously, he did not use the typical Christian arguments but mostly scientific and moral objections. My old friend is not alone in his ideas. Some would like you to believe that the group of Anti-Vaxxers is biggest in the USA, and despite public shaming of Anti-Vaxxers, the anti-vaccine movement remains fairly strong in America. Yet, it has nothing on the Anti-Vaxxers in France, a country where over 40 percent of its citizens believe vaccines are unsafe i France was followed by Bosnia & Herzegovina (36%), Russia (28%), and Mongolia (27%.) Greece, Japan and Ukraine all had 25%. Still, many would like to blame religion. But it is a bit of a stretch, to say it mildly, to assume that all these people are religious. And it is interesting to see that philosophical, non-religious exemptions in America’s anti-vaccine leader, California, outnumber religious exemptions 100 to 1.ii

I will not go into all the Bible verses that Christians use to justify their stance against vaccines. These texts vary from not being allowed to mingled unrelated matter as mentioned in Leviticus 19:19 and Luke 13:1-5, to the all the verses about having to trust the Lord in everything. It will just take too much time to look whether these texts stand or not. The truth of the matter is that most Anti-Vaxxers don’t even base their opinion solely on the Bible. Most sceptics have done their homework and based on that knowledge they decide. I believe this is the way forward when you say you’re a Christian. You use your brain! You use your God given responsibility when it comes to your own health and that of your family. It is up to parents to care for their children’s welfare, according to 1 Timothy 5:8 parents have every right legally and by religious beliefs to make decisions on behalf of their children, and not the state or an individual doctor or any other person for that matter.

Now for the last thing to think about. A Christian ought to hold to the Golden Rule: Love Your neighbour as you love yourself.

Anti-Vaxxers will have heard this often enough. They are not loving, since they are not working with others to create herd immunity, which is needed to protect the community.

People will quickly say this to be a non-issue because vaccinated people will not get sick… They are immune right? Well, yes and no. Someone who is vaccinated ought to be better protected than people who did not receive the vaccination. At least that is the theory. Whether this is always the case is a whole different debate.

However, the problem is more for those who can’t get vaccinated because their immune system is weak and vaccines might make them sick. This includes people with vaccine allergies, and anyone with an immune-suppressing disease like HIV or cancer.

Who is responsible for whose health?

But with this argument we’ve returned to the biggest question. Who is responsible for whose health? As a child I did not receive all the vaccinations children receive nowadays. That meant that when I became sick, my mother called the school and told them that she would keep me home. Most of the time a child was not the only one. It came with waves. They stayed home for a while which made sure that some weaker children were more or less protected against a massive-infection. In the end they became sick as well but mostly more graduate than the others. Sometimes, the parents of the vulnerable children decided to keep their child home to protect it against the first massive wave that was coming. These cases were rare. I can only remember one child in my class. He had a heart condition, and he had an overall weak physique. Mostly, health is a matter of common sense of every individual. It has always been normal to tell people you’re not coming to their party because you feel sick. Likewise, you would tell someone that you do not greet with a kiss because you’re having a cold.

We can not demand others to undergo a certain treatment because we want to feel safe. The only time we, as society, do that, is when someone is a real physical threat to us or the world. A knife wielding person does not belong on the street, right?

You see that this topic is not nearly as clear cut as others. One thing is for sure: The Anti-Vaxx movement is not only religious driven. Many others are sceptical about vaccines.

A very important thing for Christians however, is that a Christian should always live life in honour of God. In doing so, a Christian might decide to get vaccinated or at least get partly vaccinated. But, it can also be that others say they honour God by putting all their trust in Him and refuse the vaccinations. In both cases we are called to be one in Him who gave all on the cross, so we can be saved. Even though Christians might disagree on whether they should be vaccinated, they may argue among each other, and they might think they have all the data on their side. One thing they should never forget: Christ died for all and in doing so we, as Christians, should trust that one day all these signs of living in a fallen world will be in the past.

Revelation 21:4 “He will wipe every tear from their eyes. There will be no more death or mourning or crying or pain, for the old order of things has passed away.”

This is God’s promise to those who put their trust in His Son Jesus Christ. I sure hope you will be there with me! 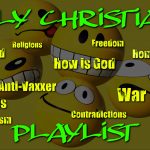 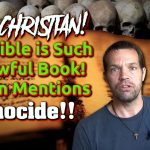 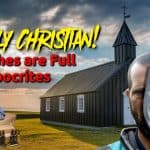 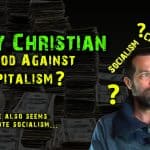