This wager thingy was still on my mind when I came across a YouTube channel called the ‘Atheist Experience.’ This channel is already running 13 years, so you could say that these guys are pretty experienced in them being atheistic and all.

One of the faces of this channel is mister Matt Dillahunty, please forgive me if I mispronounce his name. Somewhere in 2008 they tackled the Wager of Blaise Pascal. I think it will be fun and educational to skip through this video and see whether Dillahunty has some good points or not.

I am going to use this video not to ‘destroy’ these guys, but more to see if we, as Christians, can learn something. And to learn something you need to be prepared to get your feet dirty, right?

So yes, Pascal’s Wager basically says that if the believer loses, he has lost nothing. But if the Atheist loses, he ends up in misery. But, now mister Matt Dillahunty is switching very quickly to the idea that the Wager directly talks about the Christian versus the Atheist. I’ll grant him that Pascal might have had the Christian world – view in mind, but he never framed it like that.

Okay, now mister Dillahunty says, and with him most Atheists, that it is a false dichotomy fallacy. That means that you only get two options to choose from, while there might be more. Dillahunty backs his statement by naming possible religions who all have their own hells and heavens. If you look at it this way, you might say that the Bet isn’t as simple as ‘either your for us or against us.’ Now, we as Christians know of course that Jesus gave us this two – fold idea. Your either for Jesus or against Him, Matthew 12:30.

He that is not with me is against me; and he that gathereth not with me scattereth abroad.

So, what would happen if we changed the Wager slightly and say: Either the supernatural world exists or not. That would include the possibility of other religions. But now we do not have the guarantee of a nice outcome if such a world exists. This is because we all of a sudden need to know what would happen after death. In Christianity the outcome seems to be a bit more straightforward, at least for the Christian.

Jesus saith unto him, I am the way, the truth, and the life: no man cometh unto the Father […]

Jesus saith unto him, Thomas, because thou hast seen me, thou hast believed: blessed are they that have not seen, and yet have believed.

This is why I prefer not to use the Wager too quickly. And when I use it, I normally do this after I gave all the other arguments in favour of the Biblical God. You need to make sure that someone’s thought – process tells him that, if the supernatural world exists, the God of the Bible must be the most logical explanation. As soon as someone accepts the idea that the Biblical God as the best explanation, you can give him or her the Wager.

If the believer loses the bet, he loses nothing. And of course Dillahunty corrects this statement. However, he tackles this in a way I don’t agree on. You see, as a Christian I would say that following Christ should cost me my entire life. Jesus said that we have to give up our lives in order to follow Him.

If any man will come after me, let him deny himself, and take up his cross daily, and follow me. For whosoever will save his life shall lose it: but whosoever will lose his life for my sake, the same shall save it. For what is a man advantaged, if he gain the whole world, and lose himself, or be cast away?

As far as that concerned I do agree with Dillahunty, but! Yes, there is a big but! Dillahunty is referring to believing, worship, and spending money. He says that all those endeavours are wasted if God doesn’t exist. Now, this is ludicrous of course. I am a bit surprised that he actually uses these example because I think he should know better. There are so many studies that actually point out that worshipping makes a person feel happier than his non – worshipping counterpart.ii

But also, many Christians give money to good organisations. In history, Christians build hospitals and the played a huge role in abolishing slavery. Nowadays, Christians are spending time and money in many countries where living conditions are really poor. Most Christians do that because they want to obey the Lord in loving their neighbours. And honestly, helping out in poor countries does come with a price. Mostly, the people who go to these countries do not come back rich. And please, do not come after me with examples of those hypocrites who put all the money in their own pockets… We, sincere Christians, hate that just as much as you do.

Anyway, I wouldn’t see these altruistic actions as wasted. Mister Dillahunty should be aware that he only has the freedom he enjoys because believers established these laws a long time ago. And they did it because they loved the Lord God as commanded in both the Old and New Testament.

You also might like to read an article I have written about this: Why Mission Matters – Seen From a Secular Viewpoint.iii

Okay, I’ve al ready gone through that right? First try to show that the Biblical God is the most logical explanation before you move on.

Well, this was rather predictable. Many Atheists say this. As I al ready said in the previous video, Atheists like to treat ‘belief’ as a talent. Some have the talent to believe while others do not. Like the tennis players at Wimbleton. These people have a real talent to hit that ball while I can’t even hit it one out of ten. I am not talented like there are.

But I truly believe that we can’t say this about believing in God. Now, I am a bit lazy so I’ll just show you what I said in the last video:

As said, Pascal wasn’t very fond about the traditional form of apologetics. He knew full well that many un – believers just don’t want to believe in a higher being.

The wrath of God is being revealed from heaven against all the godlessness and wickedness of people, who suppress the truth by their wickedness, since what may be known about God is plain to them, because God has made it plain to them. For the invisible things of him from the creation of the world are clearly seen, being understood by the things that are made, even his eternal power and Godhead; so that they are without excuse.

This idea is known in the philosophical world as Doxastic Voluntarism and says that people choose their own beliefs. People have a certain amount of control over what they believe,

Pascal did not come up with this idea to enlighten to so – called intelligent people. No, he basically wanted to give a reason to believe without first having to dig through all sorts of arguments.

If you are unable to believe, it is because of your passions since reason impels you to believe and yet you cannot do so. Concentrate then not on convincing yourself by multiplying proofs of God’s existence but by diminishing your passions. You want to find faith, and you do not know the road. You want to be cured of unbelief, and you ask for the remedy: learn from those who were once bound like you and who now wager all they have.

He right! God isn’t silly. He knows full well what’s going on in the heart.

The heart is deceitful above all things, and desperately wicked: who can know it? I the LORD search the heart […]

This is why the Wager isn’t meant to be the end station but rather a starting point. How can you investigate something if you don’t want to believe it in the first place. You’ll first have to start believing that the thing you are exploring is there to be explored.

Yes, I know that this man wants to debate all sorts of topics. And he is pretty good at it as well! Nevertheless, cutting the conversation because someone brings up the Wager is a bit weird. Up until now he brought many objections against the Wager, some of which I agree, some a bit off – track and some I would label as silly. Don’t cut someone off like that! It can be seen as an offer of weakness. But even more, you can just tell people you’re not going to answer. That’s okay!

But, here is a little thought buzzing through my mind. Can it be that Atheists hate this argument because their conscience is nagging about it?

An atheist visited the great rabbi and philosopher Martin Buber and demanded that Buber prove the existence of God to him. Buber refused, and the atheist got up to leave in anger. As he left, Buber called after him, “But can you be sure there is no God?” That atheist wrote, forty years later, “I am still an atheist. But Buber’s question has haunted me every day of my life.” The Wager has just that haunting power.iv

Well, that was fun! Interesting to here the arguments as given by Dillahunty. Throughout the years these arguments seem not to have changed much. Some arguments are valid, some are silly and some are wrong.

The trouble with programs like the ‘Atheist Experience’ is, in my opinion ,that the arguments follow up on each other in such a high pace that it becomes rather tedious to provide answers, or even to respond to them all. You’ll find that in everyday conversations as well. Someone starts with one question and your not even halfway answering, and they launch the next objection or question. Most of the time this means that the person you’re talking to isn’t really open to discuss the matter.

O well, this was my take on the objection as given by many Atheists. I am very curious about your ideas. Let me know in the comments below. Remember! I am mostly active on my Odysee channel. You’ll find a link to that channel in the description of this video. This platform which based on a protocol called LBRY. Videos that are uploaded through the LBRY protocol are censorship free.

In the same description you’ll find ways to support me, and I’ll place a link to the transcript of this video. I always try to make the transcript available in Dutch and English.

If you want to start your own channel on Odysee you can use my invitation in the description, and we will both receive some free LBC!

As always, thank you for watching,

God bless you and we see each other in the next video!

iii Why Mission Matters – Seen From a Secular Point of View:
https://www.apologeet.nl/en/faq/010_why-mission/ 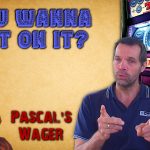 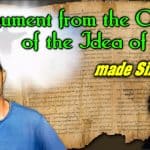 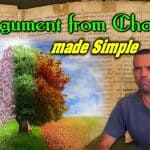 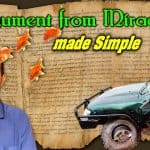