Development of Christian Faith in History

Exploration of the Links of Atonement and Faith and Practise Today

The atoning work of Christ has been a vivacious debated doctrine throughout the centuries. What is the overarching metaphor to describe Jesus’ sacrifice? In this paper three theories, The Moral Influence Theory (MIT), the Penal Substitution Theory (PST), and the Christus Victor Theory (CVT), will be discussed in the light of faith and practise today.

This theory of atonement suggests that the primary means of atonement in the work of Jesus is found in human imitation of his example. While the teachings of Jesus are important, the life and death of Jesus are also crucial. Human beings ought to imitate Jesus’ love and self-sacrifice (1 Peter 2:21).

The theory became much more significant in liberal Protestant (Protestant modernism) theology, which is rooted in the early 19th century German Enlightenment. Influenced by Immanuel Kant (1724-1804) and the religious views of Friedrich Schleiermacher (1768-1834), it tends to emphasize ethics over doctrine and experience over Scriptural authority (cf. Corley, Lemke, and Lovejoy 2002:201-202). It was Bushnell (1802-1876) who popularised the MIT, and laid the foundation of Protestant modernism and Social Gospel movements in America.

Wogaman (2011:216) notes that the Social Gospel movements influenced the modern churches in the sense that social issues, like poverty and injustice, became more important for church policies. A good example is the adoption of the ‘Social Creed by the General Conference of the Methodist Episcopal Church’ in 1908 (The Social Creed 1908).

Contemporary preacher, Rob Bell, seems to embrace the MIT. His message appeals to one’s feelings rather than to one’s rational. Many listeners are attracted by this message, because it leaves out the concept of an angry God (The God’s Aren’t Angry 2008; eg. Hebrews 10:30; cf. Hilario 2012).

Although very attractive, the MIT leaves a gap if it comes to the many biblical references concerning sin (eg. 1 Peter 3:18). According to the MIT, sin is essentially ignorance, causing us to live separate from God. Salvation, therefore, is accurate information about the character of God that heals us and restores us to a relationship with Him. Gandi thought that this teaching is easily implemented in Hinduism and Buddhism (Abbott and Mitchell 2004:164), thus leaving Christianity as just another way to salvation. Most proponents of the MIT will not agree with this last statement, but taken to the core of the theory, this is the implication.

This theory was formulated by the 16th century Reformers as an extension of Anselm’s Satisfaction theory. The PST teaches that Jesus took the punishment, which was meant for the sinner, and sets the believer free from the penal demands of the law. This substitution satisfied the righteousness of the law and the holiness of God.

Schreiner (2006:76) states that “The theory of penal substitution is the heart and soul of an evangelical view of atonement.” With this statement Schreiner, and with him many others, basically argues that the PST is the core of the Gospel. The theory appeals strongly to the medieval Western understanding of judgement: “You are guilty and need to pay, and without payment you will stay guilty”. The theory removes the overemphasised idea of good works and indulgence, and shows salvation as a gift.

The Catholic Church reinforced an image of a vindictive and angry god. To be saved from God, by means of a substitution, answered the longing of the people (McMahon 2007:168-175). Through this idea of atonement, one could really be free and did not have to worry about eternity.

The PST gives a good understanding about the serious consequences of sin and the guilt that goes with it. Furthermore, it relies on a great Scriptural support. The theory inspired many to become Evangelists—the sinner’s prayer became the key to salvation (Hebert 2005:115-118). However, it originated in a society that lived mainly in a guilt-based environment. As a result, the PST is hard to expound to people who are more shamed-orientated (eg. Japanese culture). PST mainly discusses the work on the cross and how to solve the debt to God, but it does not delineate how one’s shame is to be eradicated, and the proper way to honour God (Baker and Green 2011:193-194; Nagasawa 2001). Taken this in account, PST does not fully embark the whole life of Christ, but only his death.

The CVT became popular through a series of lectures, given by Gustaf Aulén, in 1930. CVT states that Christ became conqueror through his life, death, and resurrection, over sin, Satan and the powers of evil (1 Corinthians 15:55-57). The theory goes back to the early Church period. The overarching world-view of a big cosmological conflict, made Christians, like Irenaeus, formulate the atonement as a battle with Christ as ultimate winner (Baker and Green 2011:143-144).

CVT is the dominant theory in the Eastern Orthodox Church, but Western groups start to adopt this view. The liberal Christians and pacifistic groups start to adopt this view, because it leaves out the idea of a God who demands the blood of an innocent man in order to forgive sinners—the death of Christ was an exposure of the wicked worldly powers, and his resurrection was a triumph over all evil (Borg 2003:93). The Evangelicals start to lean toward this view because of its connection with the early Church fathers.

Ray (1998:126-128) annotates however that this theory has a tendency of blaming personal failures, or sin, on a spiritual attack, leaving out human responsibility. Additionally, Ray is concerned about the idea that the atonement is a “done deal” with the result of an absolute victory over evil—which is in conflict with every day life (war, terrorism, deceases etc.).

In contrast to the other two theories, CVT inspires people to engage in spiritual warfare. It makes one aware of the cosmological reality in which Christ fully anticipated (Matthew 4:1). Furthermore the focus on Jesus’ life, death and resurrection as a whole, motivates a believer to be spiritually active in every aspect of life—making the CVT more comprehensive than the other two.

The three theories all have legitimate presuppositions and thus influences—although on different aspects—on the faith and action of a believer. None of the metaphors—which are created by humans to grasp the great depth of Christ’s work—is sufficient or solid enough to fully understand or describe the work of Jesus. Nevertheless, throughout this examination the CVT came forth with the best explanation of the atoning work of Christ. It does not merely focus on one or two aspects, but tends to implement many attributes of the other atonement views.

History of British Evangelism and Mission. 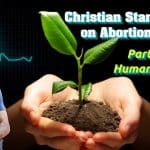 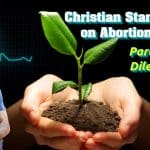