Do you know mister William Lane Craig? This is a hugely smart man, and listening to him sounds like you’re reading an official academic essay. I’ve written a lot of essays and I wish I could write them as fast as he formulates his sentences. Mister Craig is well known for his philosophical way of debating. He, among others, made the cosmological argument popular again. I don’t know of any atheist who has won a debate against him. But what is this argument? How does it work? And his variant, the Kalam Cosmological Argument, the only one?

No, there are several variants of the cosmological argument. As a matter of fact, I would like to start with an argument which is called the Cosmological Argument From Contingency. Before I continue, I need to confess that much of the information come from an article I found on the web, written by Chris Waner. In turn, he used a lot of information as written by William Lane Craig and Alvin Plantinga. I will place a link to that article in the description of this video.

Before we dive into the argument, we will have to do a re-cap on the video on the ontological argument. In that video we’ve discussed the principles of Modal Logic. Don’t worry, I’ll talk you through…. Oh wait! I already did! Let’s look at it together, shall we?

FROM THE LAST VIDEO:

[…] is a method of forming arguments based on three types of objects.

In the that video we also concluded that God is necessary. We have seen that

FROM THE LAST VIDEO:

[…] God would have only properties that would make Him great. There are no properties in Him that make Him less. Let me give you a few examples:

In other words: this argument depends on the idea that our cosmos, our universe is contingent thus depending on something else for its existence.

Hold on a minute! This can’t be right, can it? Premise 2 is way too fast… But let me explain it a bit more. Professional philosophers have mostly no problem with this second premise because if they would have, they would have to argue one of the following points:

But number one is nonsense because we can be pretty sure that the universe does exist. And number two is just as nonsensical because we know that everything needs to have an explanation, even if that explanation is its own necessity.

Now, someone could say of course, that the universe doesn’t have an explanation. Many atheists say this while they pat themselves on the back and say that they are intellectual honest, in contrast to the theist of course! Then they go on and say that because God doesn’t exist, the universe has no explanation.

But hold your horses! Do you see what is happening here? Saying this, would mean that if God would exist, He would be the explanation of the universe. And so, this is the typical case of digging a pit for someone else and ending up at the bottom yourself (Proverbs 26:27).

But, the atheist will not give up that easily. They sometimes argue that the universe itself exists necessarily. In other words: The cosmos depend on nothing for its existence. But, if they come up with this rebuttal the need to show that the universe has certain properties which makes it not depending on other causes. For example: The universe should be eternal or timeless. It cannot have a beginning or end. But by saying this, the critic basically ignores scientific data out there which seems to point to a finite universe. The data strongly leans towards a universe which had an absolute beginning somewhere in the past. This has caused some to speculate about other models for the existence of the universe.

There is another way to counter the idea of a universe that exists necessarily, namely with a slightly different approach on the cosmological argument. The second argument I want to tackle is called the ‘Kalam Cosmological Argument’. This argument became very popular because of men like William Lane Craig. But don’t think he invented the argument! Nope, this argument has been around since 1200 years… give or take a few years.

The term kalam is Arabic and means ‘eternal.’ The earliest form of this particular argument was formulated by Islamic thinkers. The kalam says that each effect needs a preceding cause and when that cause is itself an effect, then that too has its own preceding cause. Obviously this could imply a backwards-facing chain of causality. If you think about it you might see the problem: If everything is caused, this backward chain will never end. In that case there would never be anything to begin the chain in the first place. It’s like watching toppling domino tiles that never had a moment when they started to fall, but they fall nevertheless. A literally infinite series of past events is senseless; it means a literally infinite time between two moments. So, there must be some point at which the chain of causality started.

That’s nice and short, isn’t it?

Premise 1 is very smart. Its is simple and clearly says that only things that start to exist has a cause. This disqualifies God because He is considered to be a necessary object. This little sentence also makes it obvious that nothing can come into existence out of nothing without a cause. And finally, its is science proof. Everything we experience and observe tells us that this statements is true.

Think of it! The universe started to exist and this starting point was also the beginning of time, space and matter. What does this say about that what caused it all? Well, first of all the cause cannot be time, space or matter because those three things were not there yet. In other words: The cause must be timeless, space-less, and immaterial.

Now, philosophers came up with two possible objects that caused the universe. The first one would be something abstract like numbers, or descriptions of shapes. The second one would be a mind.

I can hear you thinking: “But circles and numbers don’t cause anything by themselves” (except a headache when you use them in mathematical calculations). And you are right in thinking this!

But why should it be a mind? Okay, what do we know? The cause is:

But the cause most also be extremely powerful and willing. There we go again! Powerful is understandable right? But why willing? As we have already discussed, before the universe began there was no space, no time, no matter, and no known chain of reactions which could cause anything to happen.

For anything, to come about in this situation (a situation in which there is literally nothing to respond or react with anything), it must come about by the will of a mind, commanding or forcing into existence something which would not otherwise have any means of existing. There was just no other mechanism by which something could come into existence other than a willing mind.

This is such a bother for atheists! They find themselves in a pickle because now they have to explain how the universe actually started out of nothing. No, they cannot invoke something else than the natural world. Their world-view is bound to the natural material world only.

But for the Christian this is not a problem at all! Unlike timelessness, space-lessness, immateriality, and being extremely powerful, willingness is a uniquely personal trait. Philosophers might call this agent causation. But the Christian might recall the first chapter of the Bible which says:

“In the beginning God created the heaven and the earth. And the earth was without form, and void; and darkness was upon the face of the deep. And the Spirit of God moved upon the face of the waters. And God said, Let there be light: and there was light. And God saw the light, that it was good: and God divided the light from the darkness. And God called the light Day, and the darkness he called Night. And the evening and the morning were the first day.”

Do I say that the cosmological argument gives us prove for the existence of God? No! It is the same as with the other theistic arguments. These arguments will never 100% prove that God exists. It cannot prove that the first cause is the God of the Bible. To show that the God of the Bible is the most plausible God that exists you’ll need to use different arguments. Many Atheist will simple say that you’ve only showed that there is a first cause, and rightly so. But the thing these arguments do, is making the existence of a God very likely and logically sound.

Anyway, this argument gives us a timeless, space-less, immaterial, all powerful, and willingly being. Is there a trait missing? Yes. Because, we as Christians belief that, to create something as miraculous and complex as the universe, the cause needs to be maximally intelligent. No worries! We’ll come to that in the next video!

For now, I’ll like to point at the description of this video! You’ll find a lot of information there. Whenever I find or use some interesting things, I’ll link it there. But you can also find ways to support me. Some of you already did and do and I would like to thank you for that. It is very encouraging to see and read that you actually enjoy my videos.

If you are watching this video on Bitchute or YouTube I would also like to invite you to my Odysee channel. Odysee is a platform which based on a new protocol called LBRY. It is censorship free, unlike YouTube or others. It would be great if you start following me there. I am mostly active on that channel. You may comment on my videos on BitChute or YouTube, but you most likely won’t receive a reply simply because my internet connection has issues with speed… Like many other things here in the countryside of Madagascar. You can also start your own channel on Odysee. If you use my invitation in the description we will both receive some free LBC! 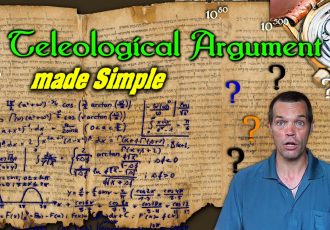 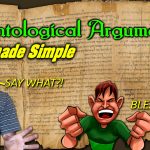 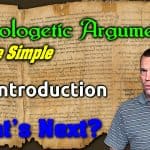 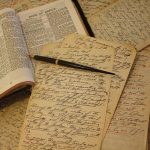 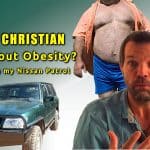 Silly Christian, How about Obesity?